The Cowboy of Cambourne

from Birthday Songs by Si 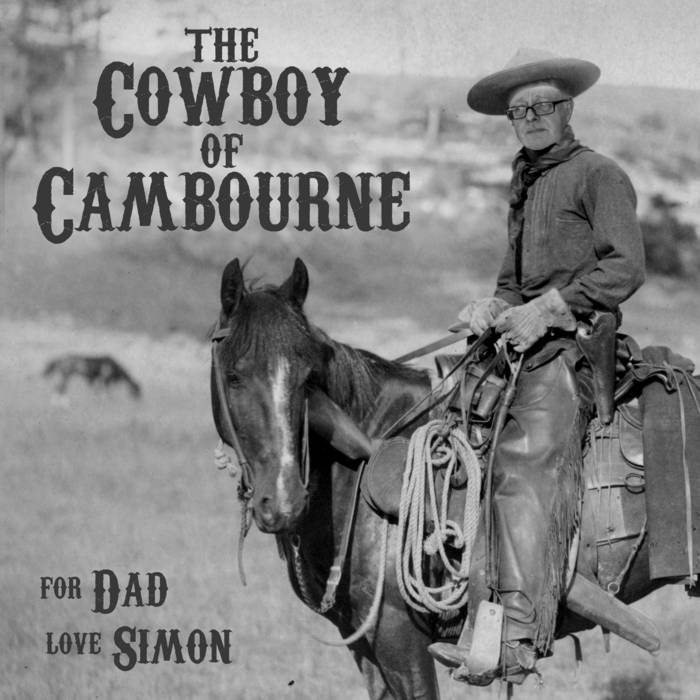 A cowboy song for my Dad. Happy birthday JP!

Things to know about my Dad for this song to make sense:

1. He went to America recently and dug the cowboy stuff.
2. He saw a Stetson hat he really liked but it was too expensive so he bought a cheaper one and has regretted it ever since.
3. He bought an authentic American cowboy belt but then found out the label said "Made in China"
4. He lives in Cambourne.
5. He drives an Audi
5. He does a lot of paperwork.
6. His favourite meal is eggs, chips and beans.
7. I don't know if he has got piles.

There was a guy called Johnny P
Who rode across these plains
Inside a kinda shiny horse,
Think 'Audi' was its name
He'd tighten up his leather belt
Put on his Stetson hat
And practise his best scowling
At the next door neighbour's cat

His Stetson hat was adequate,
Though wasn't quite the greatest
He'd passed the perfect one because
The price was quite inflated
American authenticity
Was all that he desired
So he bought himself a cowboy belt
But it said "Made in China"

Bandcamp Daily  your guide to the world of Bandcamp

Featured sounds from Fly Lo and Ahmed Idris, plus Mother Nature hops on to drop off new project